Home
Blog
Fleas & Ticks
Should Your Dog Be Vaccinated Against Lyme Disease? 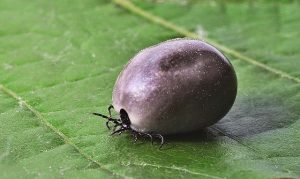 By now, it’s no surprise to pet owners that ticks are more than just irritating creepy crawlies. Ticks can also transmit a number of diseases to dogs, including things such as Lyme disease, Rocky Mountain Spotted Fever, Ehrlichiosis, and Anaplasmosis. There are a variety of species of ticks. Identification of a tick species may narrow down which diseases the tick may be carrying. For example, Lyme disease is known to be transmitted by the black-legged tick (also called the deer tick). Of course, there will always be exceptions to the general trends; so another tick-borne disease may still be transmitted by a tick species not typically found to carry that disease.

It is also important to note that the life cycle of the tick can vary from one species to the next. So, depending on the tick species, ticks may go through the life cycle at different rates, and the ticks can be more or less active at different times of the year. The American dog tick and the Lone Star tick are not typically active in the fall and winter months. In contrast, the black-legged tick will remain active from fall to spring as long as the temperature is above freezing. Given the variability in weather transitions from year to year, it is nearly impossible to predict the exact beginning and ending to the season for a particular tick species. Furthermore, some tick species may move indoors during the winter (where they are in closer contact with humans and pets).

So what’s the good news?

Pet owners can implement multiple strategies to either prevent or minimize tick-borne illness problems in their dogs:

We encourage you to talk with our team if you have questions about tick-borne diseases or the Lyme vaccination for your dog!