Home
Blog
Heartworm Disease
Heartworm Resistance – Is it a Problem? 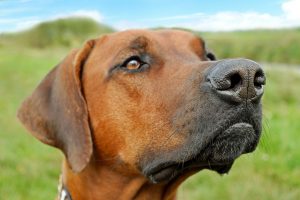 Before we talk about the problem of resistance, it’s important to acknowledge that other scenarios must first be ruled out before coming to the conclusion an animal has a resistant heartworm infection. There are two very common reasons that might cause an animal to seem like they have a resistant infection, when in fact it’s not a resistant infection at all (1):

Now, getting back to the idea of heartworm resistance…yes, it does exist. This is an area still under investigation, so we don’t know how much of a problem it truly is. The original suspicious cases arose from the Mississippi Delta region, but cases have been found outside of that area too. Here are some major takeaways about what we know so far about heartworm resistance (2):

The best thing that pet owners can do to prevent heartworms is to continue to administer heartworm prevention at the product’s recommended dosing frequency. So set reminders on your phone, put stickers on your calendar, or set up email reminders through the heartworm product’s company – whatever it takes to help you remember! And, if your pet vomits after oral preventive dosing or gets wet too quickly after a topical prevention is applied, call us so we can help you decide whether another dose should be given.