Canine distemper. Every dog owner is told they should vaccinate their dog against this disease. But what is it? Is it really a concern? Can dogs survive if they develop a distemper infection? Canine distemper is a viral disease that can often lead to death, and yes – it really is still a concern. This week, we want to help our pet owners explore this disease further by introducing you to one of our patients who is a rare canine distemper virus survivor – Lana Hudson. 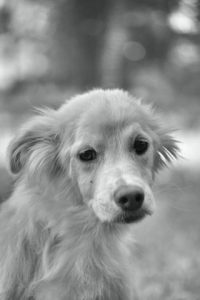 Case Description: Lana first came to Lawndale Veterinary Hospital in February of 2013 soon after her adoption from a shelter. The owners reported that Lana did not want to climb the stairs and she seemed reluctant to squat to urinate. Since she had just been spayed prior to adoption, Lana was treated for pain in case she was uncomfortable from the spay. Three days later, Lana was re-examined by Dr. Jelovich because Lana had stopped eating, and she had developed sneezing, nasal discharge, ocular discharge, and a fever. Lana was treated with antibiotics and an appetite stimulant. Two days later, the owner noticed that Lana had developed a head tremor and her nasal discharge now had blood in it. As time progressed further, Lana also developed a cough, thickening of her rear paw pads, decreased tear production, a mild anemia, and she started clenching her jaw frequently. She was also diagnosed with pneumonia. In addition to broad-spectrum antibiotics and an appetite stimulant, Lana was treated with supportive care measures such as fluids, anti-inflammatory medications. and medications to increase her tear production. Lana was ultimately diagnosed with Canine Distemper. Lana was a tough girl, and her owners did a fantastic job with supporting Lana during the months that followed. Lana ultimately survived the distemper infection. While she has had some secondary health issues and residual effects from the distemper virus, she is currently doing great and living a happy life with her loving and dedicated owners and her sister Mollie (a Golden Retriever)! Dr. Jelovich says that Lana is an awesome dog and one of her favorite patients!!

What is Canine Distemper?

Canine distemper virus is a single-stranded RNA morbillivirus. The virus has a worldwide distribution. Importantly, the canine distemper virus can impact an impressive number of other species, including ferrets, minks, coyotes, wolves, African wild dogs, foxes, dingos, jackals, raccoons, red pandas, kinkajous, macaques, lions, tigers, and seals, to name a few (Beineke et.al. 2015). Earlier this year, there were reports in the news about ‘zombie raccoons’ in Ohio that were infected with distemper (abc7NY). The primary method of virus transmission is through inhalation (Beineke et.al. 2015). Canine distemper has likely been around for a very long time. A recent article published by National Geographic describes archaeological evidence of a puppy who likely had canine distemper virus (based on some characteristic irregularities in the teeth). The article also explains how these archeological findings are some of the oldest evidence of canine domestication and the human animal bond. It seems the puppy may have gone through two or three bouts of serious illness lasting five to six weeks before it died. (Prehistoric Puppy May be Earliest Evidence of Pet-Human Bonding).

What are the Symptoms of Canine Distemper?

The incubation period is between one and four weeks. Dogs will then develop a transient fever and experience immunosuppression. Next, a high fever and infection of the respiratory tract, digestive tract, skin, and central nervous system can occur. At this point, disease symptoms present based on where the virus has infected the body. Symptoms can include respiratory signs (e.g., nasal discharge, pneumonia), gastrointestinal signs (e.g., anorexia, vomiting, diarrhea), dermatological signs (e.g., pustular dermatitis, hyperkeratosis of footpads and the nasal planum), and neurological signs (symptoms can even be similar to rabies). The number, type, and severity of symptoms depend on the animal’s age and immune response, as well as the virulence of the virus strain (Beineke et.al. 2015). Canine distemper can often lead to severe symptoms and death.

What is the Treatment for Canine Distemper?

Canine distemper is caused by a virus, and there is no cure for distemper. Treatment is aimed at supportive care and treating secondary infections and clinical signs (such as muscle tenseness, seizures) in the patient.

What Can I Do to Protect My Dog from Distemper?

A highly effective vaccine is available, and Lawndale Veterinary Hospital recommends that all dogs be vaccinated against canine distemper. As you learned earlier in this blog, a number of wildlife species can serve as a reservoir for the virus. This makes it incredibly difficult to find a way to eradicate the virus. It is important to note that the first time a dog receives the distemper vaccine, the vaccine needs to be boostered 2 to 3 weeks later to ensure a proper immune response against the disease. The vaccine is then boostered annually to every 2 or 3 years, depending on your veterinarian’s recommendations.