Home
Blog
Pet Safety
Xylitol: A Danger For Dogs That Can Be Found in Many Places 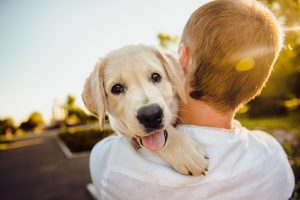 Image by Helena Sushitskaya from Pixabay

Xylitol is a common artificial sweetener used in human foods and medications. Yet, xylitol is very dangerous if ingested by dogs. Why is this the case? The answer is related to (1) the body’s mechanism of controlling blood sugar through insulin release from the pancreas, and (2) the potential for damage to the liver. In humans, xylitol does not stimulate the release of insulin from the pancreas (nor does it cause liver damage). Yet when dogs ingest xylitol, it can be absorbed into the blood quickly, creating a potent release of insulin from the pancreas (1, 4). At high enough doses, the xylitol can also cause liver failure in dogs (2).

So if a dog eats something containing xylitol, and the xylitol is rapidly absorbed into the bloodstream, a large release of insulin can be triggered. With a large amount of insulin signaling cells to absorb glucose, the blood sugar levels can drop to dangerously low levels quickly. This drop can occur within 30 minutes of ingestion of the xylitol, but sometimes it can take longer for the symptoms to occur (1). Higher doses of xylitol can also lead to liver damage and even liver failure. Signs of liver failure may not develop for a few days after ingestion of xylitol.

What symptoms will a dog exhibit with xylitol poisoning?

What are some examples of products that might contain xylitol (1,2,3)?

How can you avoid xylitol poisoning in your pet? By taking the same steps you would take to prevent any accidental poisoning in pets!